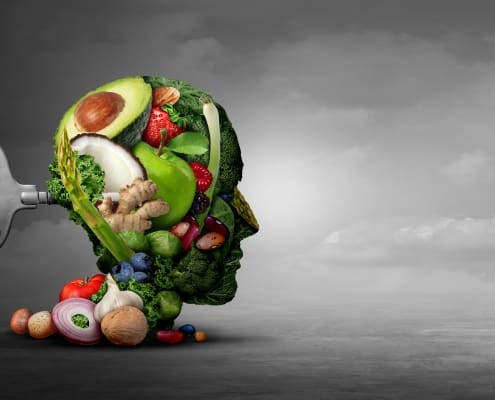 While diet has been known to serve preventive and therapeutic roles in health, psychiatry at Winston Psychiatry focuses specifically on how nutrition can positively impact mental disorders.

Inflammation pertains to so many health conditions, but inflammation in the brain, now well known to be associated with degenerative conditions like Alzheimer’s and Parkinson’s, is also associated with mental illnesses. Increases in levels of inflammatory markers have been confirmed in brain tissue and cerebral spinal fluid of patients with psychiatric disorders. Immune cells that can serve pro-inflammatory functions in the brain play a role in schizophrenia, bipolar disorder, and MDD. From a mental health perspective, 90% of serotonin receptors are located in the gut. It is therefore not surprising that when someone has been prescribed an antidepressant such as sertraline or fluoxetine, the most common adverse effects are gut-related.

Who Can Benefit from Nutritional Psychiatry?

Nutritional psychiatry is a critical component of therapy that aids in the treatment of some of the most challenging disorders including attention-deficit/hyperactivity disorder (ADHD), autism spectrum disorder (ASD), anxiety, MDD, bipolar disorder, schizophrenia, and binge eating disorder.

Ready to Get Started with your Nutritional Psychiatry Treatment?

Schedule an Appointment
Scroll to top